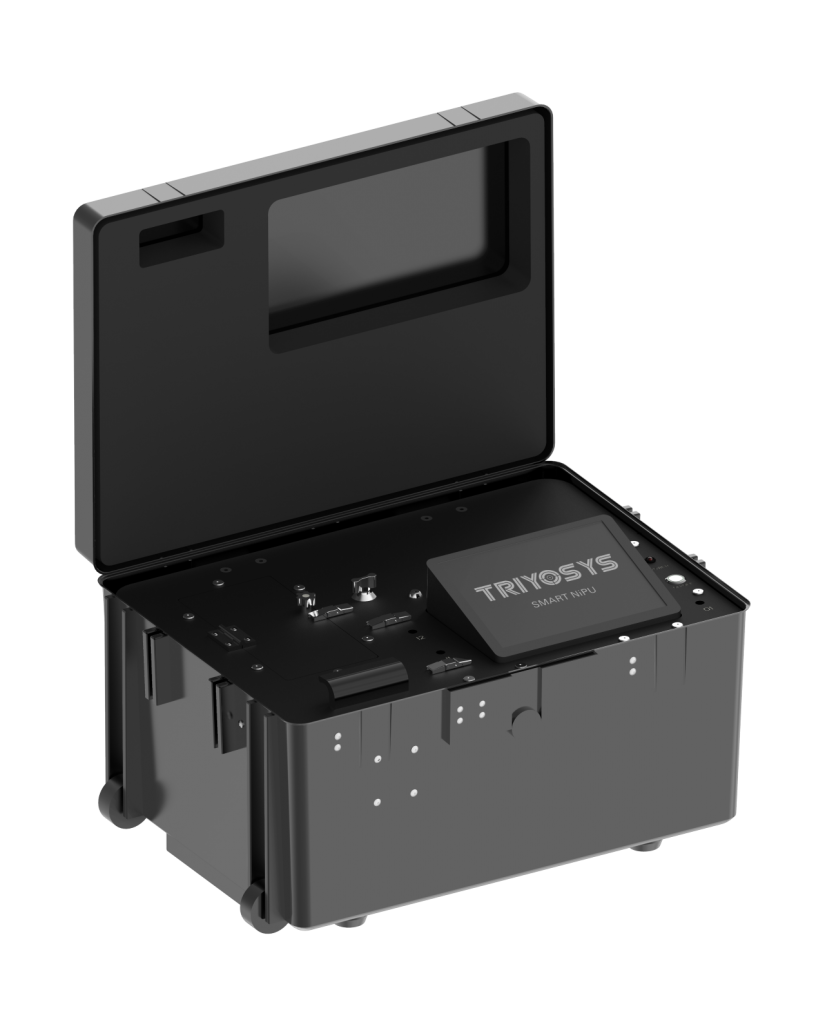 The Smart NiPU is an automated nitrogen gas purging and leakage test system for electronic, optical, high voltage, laser systems and other equipment that require gas drying inside.

Complately Automated Use;
One of the most important features that makes the Smart NiPU perfect is that completely automated and smart system.
The user can easily change the pressure values as mBar, kPa or PSI. At the same time, the temperature unit can be set as °C or °F.
It is the most automated and smartest system of its class in the purging process and leakage test, it is sufficient to connect the equipment and enter the dew point and pressure value for use. The system will continue the purging process until the desired dew point value is reached. Dew point value is instantly displayed on the screen in the form of a time-dependent graphic.
In the leak test, the tolerance value can be specify by the user. Pressure changes can be displayed instantly or retrospectively.

Dew Point Feature;
Humidity in the gas and gas quality is expressed as dew point. Smart NiPU measures the dew point in an equipment. The measured dew point value can be displayed instantaneously in graphical form. The purging process is carried out by taking the dew point value as a reference.

Vacuum Feature;
Another feature that put forward Smart NiPU from similar ones is its ability to vacuum. Thanks to its vacuum feature, unwanted humid air is completely thrown out of the system. Thus, the purging time is reduced.

Ultra Economical Gas Usage;
Thanks to the precision pressure regulator, excess pressure is not released during the purging process. Thus, unnecessary gas consumption is prevented.

Alternative Gas Option;
Due to the alternative dry gas inlet in the system, different dry gases can be used.

Equipment Leakage Test;
In order to verify that the equipment is leak-proof, leakage test can be performed at the desired value between 0 and 1000 mBar. The pressure resolution for the leakage test is 1mBar.

User Friendly Interface;
All operations can be done easily with its understandable and effective interface. The user manual is included in the software.

Portable and Durable Structure;
Smart NiPU is designed not to be affected by impact, fall and transportation conditions.